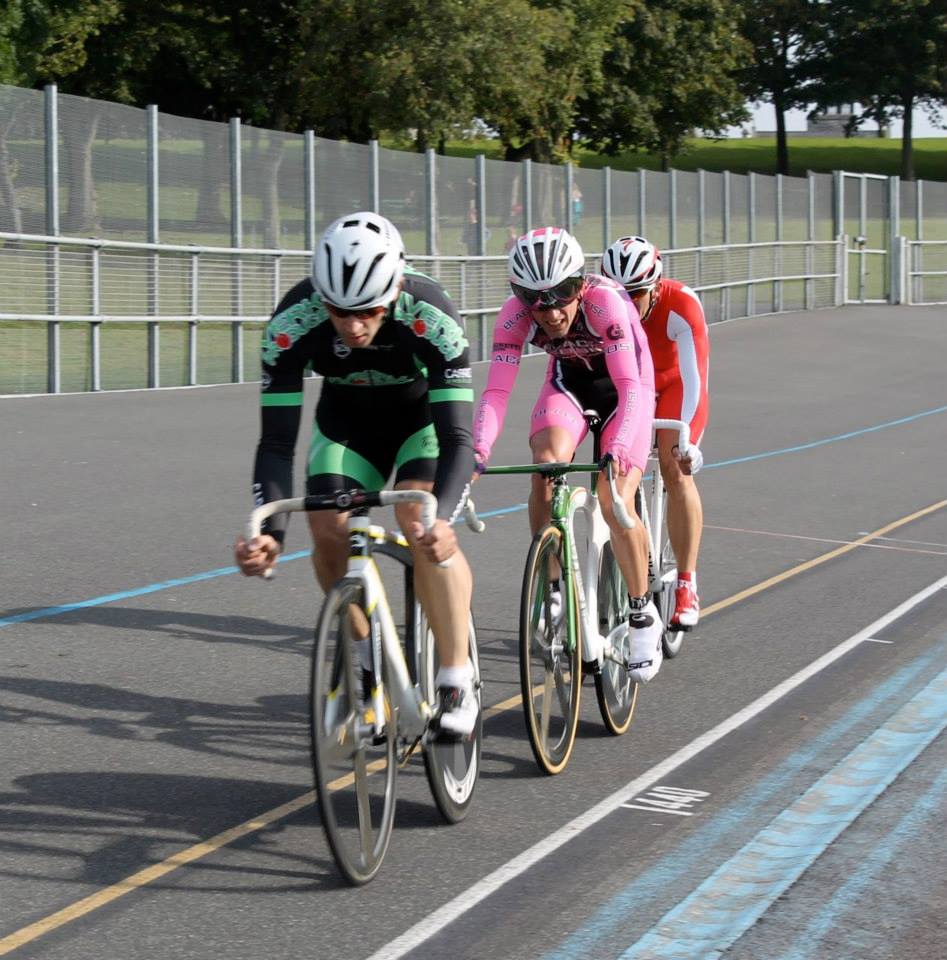 Hugh assumes his familiar position in the driving seat.

Carrick’s Hugh Mulhearne has done it again. National Track Champion in the Scratch Race, he also took two more silver medals in the Individual Pursuit and the 500m TT events. Mulhearne has made a bit of a habit of this of late, so much so that if he does it again next year we probably won’t even bother reporting it.

Coming home with three medals from a day’s works can be considered a good day’s work in any aspect of the sport, but disaster befell Mulhearne in the final lap of the Individual Pursuit. His handlebars came loose on the last lap. Greg Swinand, who Mulhearne had beaten in the qualifying round, won the final from our man by .5 seconds. Were it not for the mechanical, that would have been a second gold medal draped around his neck. In the 500m TT, Hugh was beaten by a slim .2 seconds.

Not wanting to settle for second place for the third time in one day, Mulhearne set a frantic pace in the scratch race, attacking the group hard and often, giving little respite. You’d swear he was late for mass or something. Eventually the elastic broke, Hugh gained a lap with two others in tow. That brought the opposition down to just two riders. The three medal placing would be decided in the gallop to the line, which Hugh won, crowning him National Champion.

Next on the agenda for the green and black motorbike is the National Road Championships where he’ll have his work cut out for him. Again he’ll be up again Swinand, he beat him by half a second as well as strong opposition in the form of the formidable Team AquaBlue based in Cork. Carrick-on-Suir has a very strong team in the form of Lenny Foley, Joe Kearney, Shem Cullen, former National Champion Rory Wyley and defending National Champion Mulhearne. 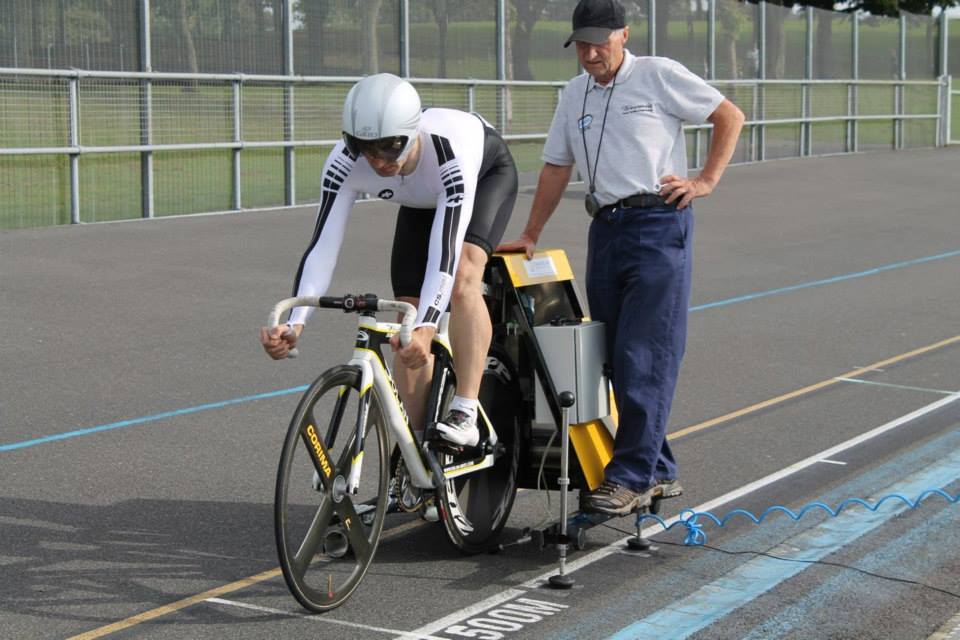