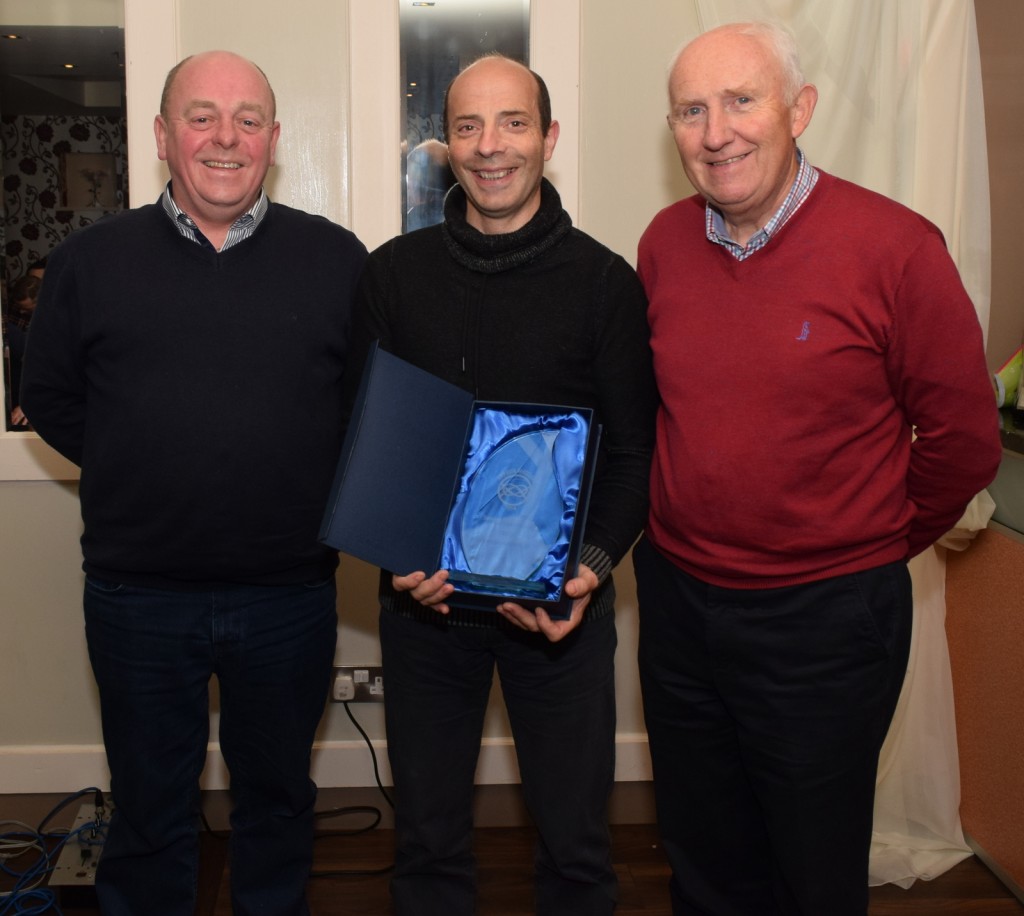 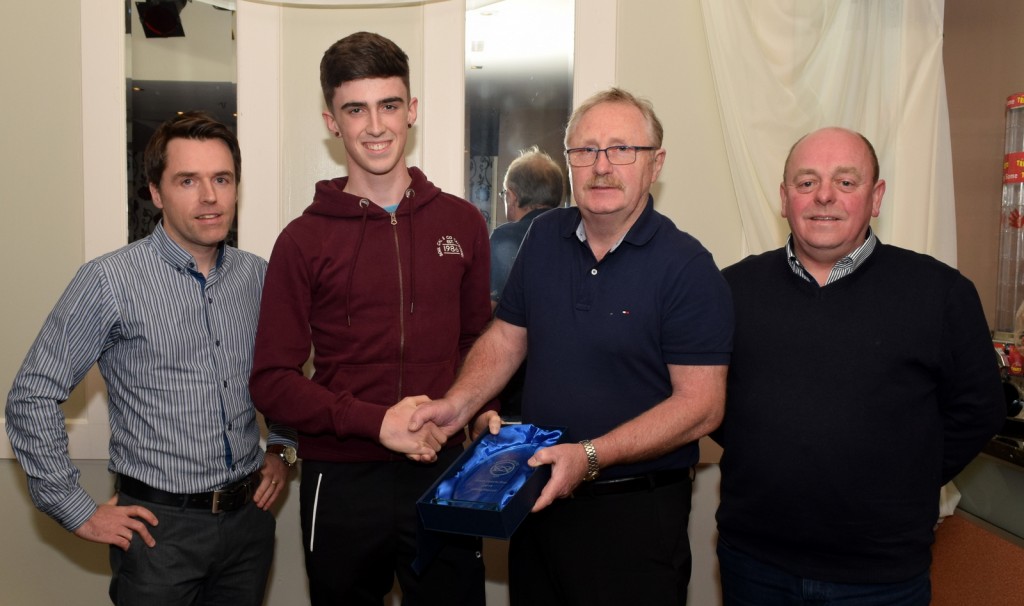 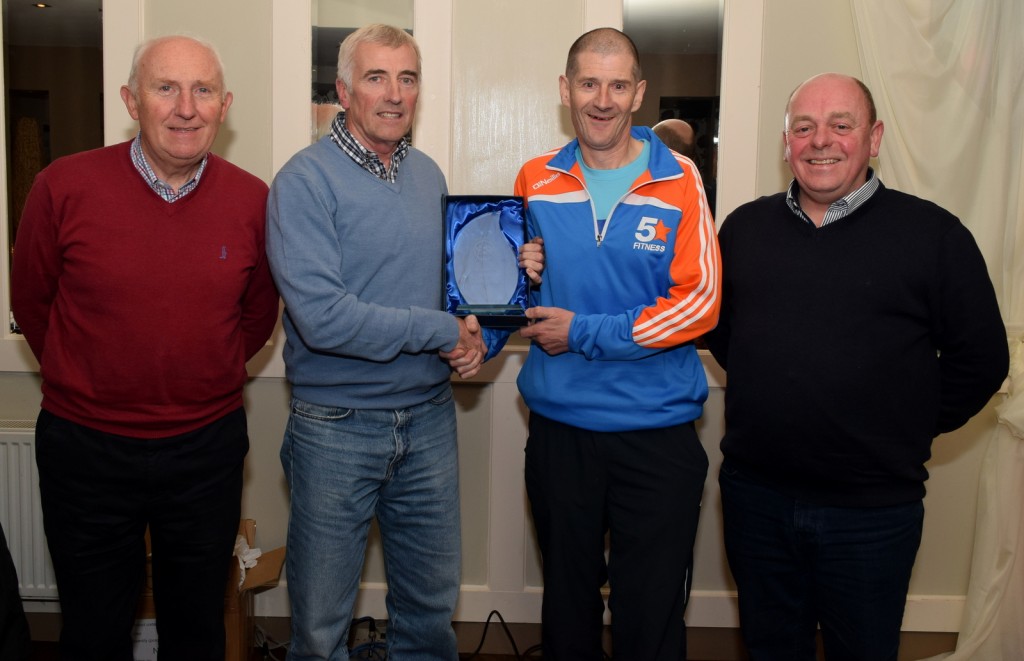 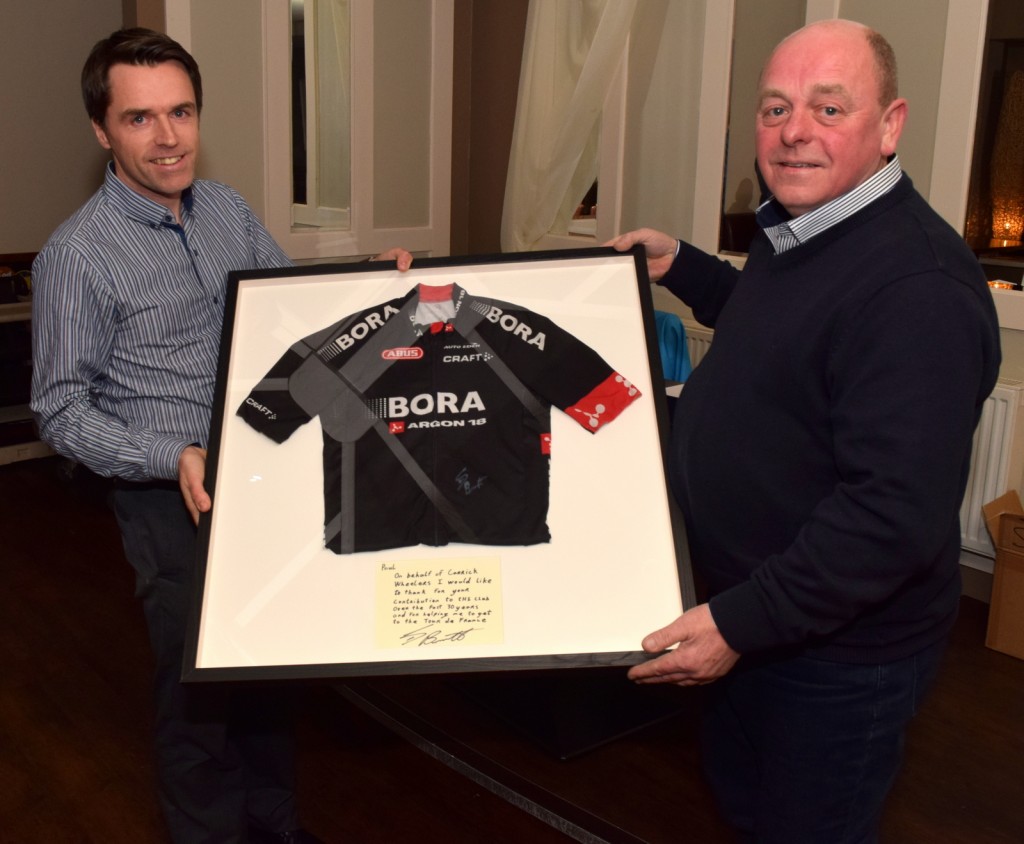 John Dempsey, chairman of Carrick Wheelers C.C. Presenting a Team Bora jersey from Sam Bennett’s team to Paul Lonergan who has served 30 years as secretary of the club. 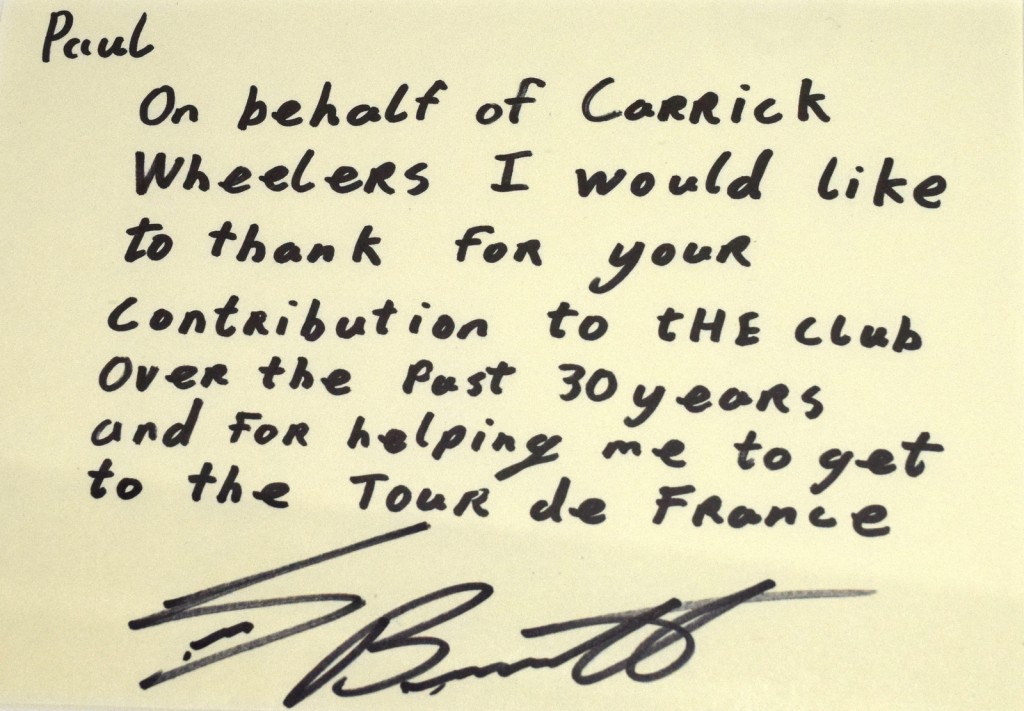 The message from Sam which is inserted in the framed jersey. 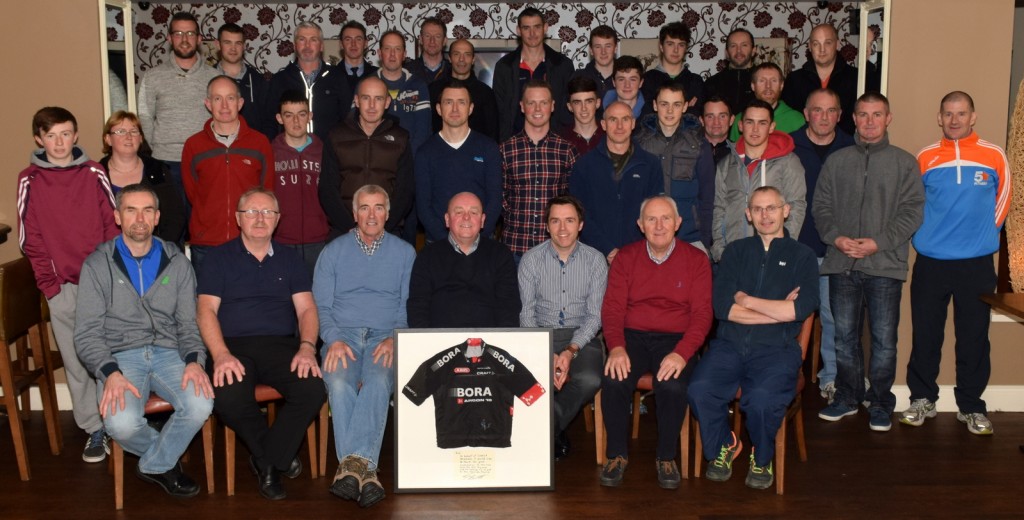 Members of Carrick WC.C. pictured at the recent A.G.M. in O’ Ceallaghans, Carrick on Suir.