It started with a Whatsapp, anyone fancy a lap of the County ? It ended with Carrick On Suir Meals on Wheels getting a donation of €540 from the Club.

Long time Clubman Hugh Mulhearne sent out a message, asking was anyone up for a lap of County Waterford. A Group was formed and a date set, once the Whatsapp Group got going a suggestion was made that we should  throw together a few Euro for a charity considering the current pandemic. Our Chairman Tom O’Connell picked Carrick on Suir Meals on Wheels.

€240 was raised on the day by donations from the cyclists, the club kindly matched that and rounded it up to €500 and a few more chipped in, to finally raise a substanial €540 for Carrick on Suir Meals on Wheels. 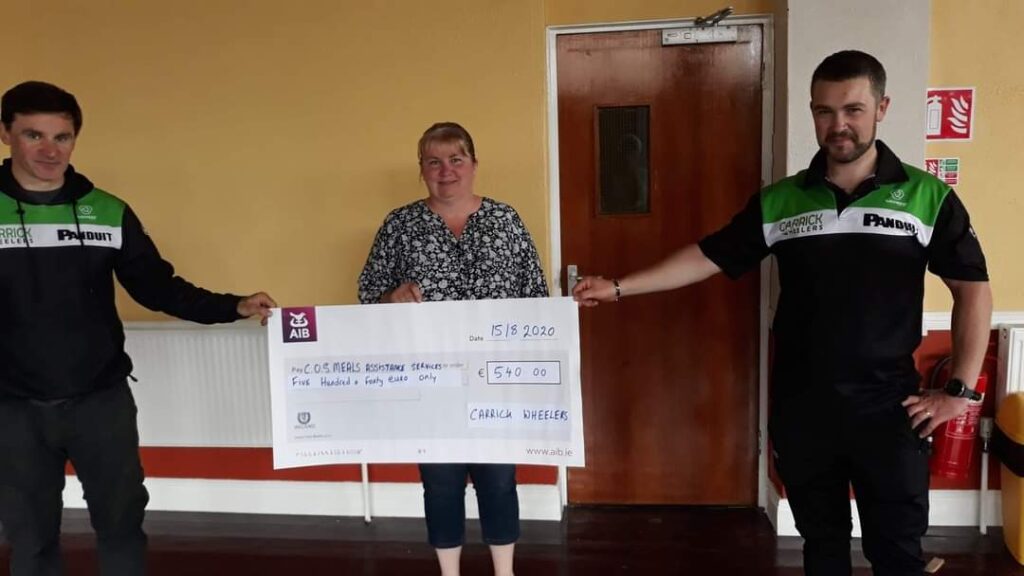 Thanks to all who made the day happen.