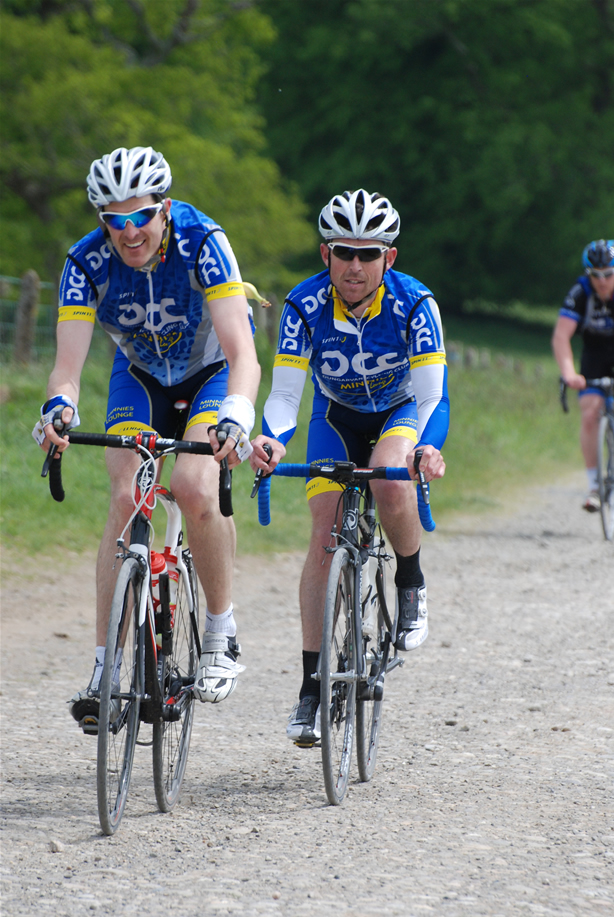 123 riders took to the start line of Bobby Power’s Carrick Wheelers Challenge Sportive, which was held in Carrick-on-Suir, over the June Bank Holiday Weekend.  The event, which is in its third year, is a very challenging cycle over 160km of the toughest roads in the area, including climbs such as Slievenamon, Seskin Hill and Mahon Falls.  Thankfully, after the wash out, freezing cold weather of the previous year, the 2013 event, enjoyed true summer time weather, where riders and marshals faced the possibility of sunburn rather than the previous year’s cold rain.

The sight of over one-hundred cyclists leaving Carrick-on-Suir’s Parkside in the sparkling Sunday morning sun, was a truly impressive sight, as the participants made their way towards the day’s first challenge, Tullahought.  On the rise up to this south Kilkenny village, the riders were treated to a spectacular view of the southern part of the Marble county and surrounding areas, Kilkenny being one of three counties to be travelled upon on this tough cycle.

Having crested the sportive’s second gruelling challenge – The Gap of Rathclarish, which has a gradient of 20% in parts, the riders made their way into the Premier County, and began the ascent of the mountain of the women, Slievenamon.  This tough ascent through Kilcash is another very difficult climb but, as the title suggests, the Carrick Wheelers Challenge, is just that, a serious test of physical (as well as mental) ability for serious cyclists.

After the third challenge of Sliabh na mBan, as the mountain is known in our native tongue, the riders enjoyed a stretch of relatively flat road, as they made their way from Grangemockler to Kilsheelan, where they then crossed the bridge over the River Suir and into County Waterford.  Challenge 4, Tigancor, brought the riders to a height of over 200m above sea level and in the direction of Challenge 5, the Nire Valley Loop.  Unfortunately, some of the Deise County’s finest scenery could not be enjoyed to its full extent as planned during this part of the picturesque route, as it had to be cut short for health and safety reasons due to the poor road surface in this scenic part of the county.

The descent off the Nire Vally Loop brought the participants to their food stop, which was held in the Rathgormuck Hiking Centre, and was a welcoming sight for those hungry for some lunch.  After a mug of tea, a few sandwiches and a slice of cake, the cyclists headed for what is perhaps Carrick’s most famous cycling climb, Seskin Hill.  This sixth challenge of the event is a real leg breaker and some spectators provided great encouragement for the brave competitors as they battled this steep climb.

The penultimate challenge of the day was another one of Waterford’s famous tourist attractions, in the form of Mahon Falls.  This climb, which is known for its ‘Magic Road’ as well as scenic beauty, provided the 7th Challenge of the day for the riders, and some were genuinely wishing to feel the effects of the magic road’s ability to make cars roll up hill, as they made their way up this gruelling road through the Comeragh Mountains.

The final challenge of the day was for the cyclists to navigate a 3km stretch of ‘road’ through Lord Waterford’s beautiful Curraghmore Estate.  This peculiar challenge is the one that most intrigues the sport of cycling’s biggest fans, as it combines the famous cobbles of Paris-Roubaix and the Italy’s Strada Bianca (white roads), to provide us here in the south-east of Ireland with a little taste of Europe’s most famous races.

Upon, returning to the finishing area in Carrick-on-Suir, many of the cyclists had a huge smile on their face, some groups even gave a cheer as they arrived back, satisfied that they had completed, what can only be described as a monumental cycling challenge and indeed, one of Ireland’s toughest sportives.

Iverk Produce Carrick Wheelers would like to thank the local Irish Red Cross for their assistance throughout the day, as well as the Swan GAA Club, Rathgormuck Hiking Centre, Super Valu Carrick-on-Suir and Lord Waterford for their support in making Bobby Power’s Carrick Wheelers Challenge Sportive a brilliant and memorable event.