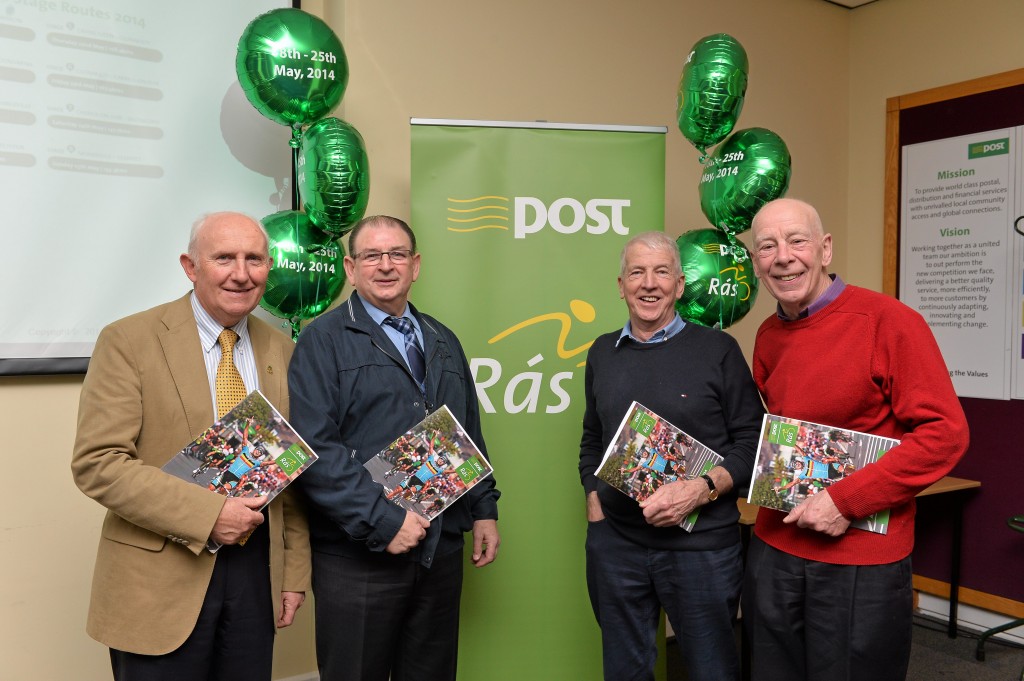 It was revealed at the GPO in Dublin last week that this year’s An Post Rás will have a stage finish, and depart the following morning, in Carrick-on-Suir. Our stage end organiser Billy Kennedy showed his support for the race, and was quoted as saying “On behalf of Iverk Produce Carrick Wheelers and our Stage End Committee, we welcome the return of the An Post Rás and International Big Time racing to Carrick-on-Suir. We hope that the overnight stop and Seskin Hill hilltop finish will draw huge crowds to our town.” Stage 6 finishes on the famous Seskin Hill overlooking the town on Friday 23rd May. The organisers chose to finish up Seskin Hill as it is well known as one one the training climbs used by Seán Kelly during his illustrious career. Race Director Campbell had this to say about the stage finish: “There is a very hard finish up that climb. It comes after six days of racing and the riders will be getting very tired at that point.” Pictured above left to right is Billy Kennedy (Iverk Produce Carrick Wheelers Vice President and Stage End Organiser), Tony Campbell (An Post Rás Race Director), Dermot Dignam and four time Rás Táilteann winner Shay O’Hanlon.