Saturday 23rd and Sunday 24th of August  will go down as the most successful weekend of cycling for Carrick-on-Suir cyclists so far this year. The National Youth Championships took place in Ballymoney, Co. Antrim, and the Stafford’s Wholesale Wexford Two-Day took place in Camaross, Co. Wexford. Carrick was represented up north by Aaron Kearney, Ruarí Dunne, Cathal Purcell and Patrick O’Loughlin, while riders Niall Óg Dunne, Michael O’Loughlin (older brother of Patrick) and Seán Hahessy travelled to Wexford.

Carrick’s first result of the weekend came from 10 year old Patrick O’Loughlin, taking bronze in the U11 Time Trial, a brilliant result and the third man from the one household to hang an All-Ireland medal around his neck. And the young gun wasn’t finished his day yet. After lunch he took another bronze medal in the U11 Road Race, two medals in the one day. In the U16 Road Race event, Ruarí Dunne took an impressive 4th place, narrowly missing out on a podium placing and a medal.

Down in Wexford, Hahessy and O’Loughlin were in the thick of things, with Hahessy making the breakaway of the day. With 30km to go, it looked like Hahessy would win the stage, but an ongoing injury lost him the stage win, and he didn’t start the next day. Michael O’Loughlin finished in the bunch on Stage 1, finished 6th in the short evening hill climb and was in a good position for the final stage the next day, a fast 100km from Camaross to New Ross via Enniscorthy before finishing back in Camaross again.

The bright and dry weather of Saturday had dissipated, and Sunday’s stage in Wexford would be a wet affair. The 17 year old and the only Junior rider in the A Race managed to slip into a move just coming out of New Ross, and when he realised that the yellow jersey had missed the move teamed with the strength of his breakaway companions, he put the head and hammer down simultaneously. Once they had established a big enough gap to distance the yellow jersey, Sean McKenna of UCD Cycling Team went into the virtual yellow jersey on the road. Having come so far, O’Loughlin wasn’t willing to settle for second place and attacked again, got clear of his breakaway companions and won the stage by 15 seconds, and more importantly the Overall by 1 single second. He also managed to take the scalps of a lot of the biggest riders in the country as well, which seems to be a habit of late for Carrick-on-Suir cyclists.

Up north at the Youth Nationals, the 3rd and final event was underway, the Criterium. Aaron Keaney took and excellent 4th place, with Ruarí Dunne in 5th. On an even better note, the U16 team that travelled the 5 hours north in search of medals got what they deserved and took home the Team Prize. Three more medals, gold ones. So out of four riders that went north, they managed 5 medals, two 4ths and a 5th place.

So far this year, Carrick cyclists have taken medals at U11 level, U16 level, Junior level and U23 level. 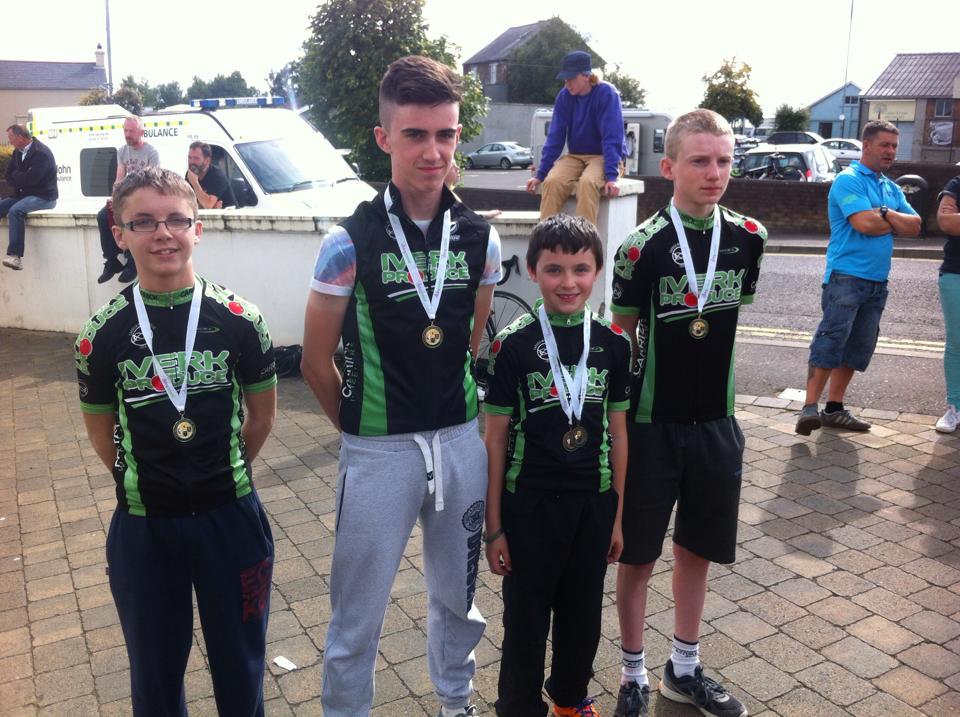