Under-age racing this weekend took place in Newcastle West on Sunday with Panduit Carrick youth rider Patrick O’Loughlin flying the flag in the under 12 race. Patrick, straight from his great performance in Currow a couple of weeks ago, emerged victorious from a 5 man group which had forged clear early on in the testing 8 kilometre race. Patrick has been putting in some strong performances this year and it is great to see another promising under-age rider coming through Carrick Wheeler’s Youth Ranks.

The Deenside Cup, run in Castlecomer, was where our senior riders headed this weekend. We had three riders representing the club in the separate A2 race run in glorious summer conditions. The race itself was run over 4 laps of a primarily flat 35 kilometre circuit totalling 140km which featured one 5 kilometre climb on each lap.  A group went clear early on in the race but was soon reeled in coming onto the second lap, a flurry of attacks ensued with Martin O’Loughlin riding clear to join a group of 7 riders who quickly built up a lead of over a minute. This group would stay clear for the following laps but with a keen bunch behind their gap never rose beyond one and a half minutes. 5 kilometres from the main climb on the circuit the gap was hovering under a minute and sensing an opportunity Jamie Blanchfield jumped clear with 4 other riders and bridged the gap to the break just before the base of the climb. With a numerical advantage weighing in our favour we had a good chance of securing victory at the end of a tough day. An attack by Blanchfield started the hostilities on the climb, with this move being marked and stringing out the group, Martin sensed an opportunity putting in an impressive attack a kilometre from the top and soloing the last 7 kilometres to the line to take an impressive win for Panduit Carrick Wheelers. Blanchfield marked occasional attacks in the group behind from those riders trying to bridge but with Martin maintaining his gap an 8 man sprint for second place was on the cards with Blanchfield taking 3rd place finishing off what was a great race for Panduit Carrick Wheelers. 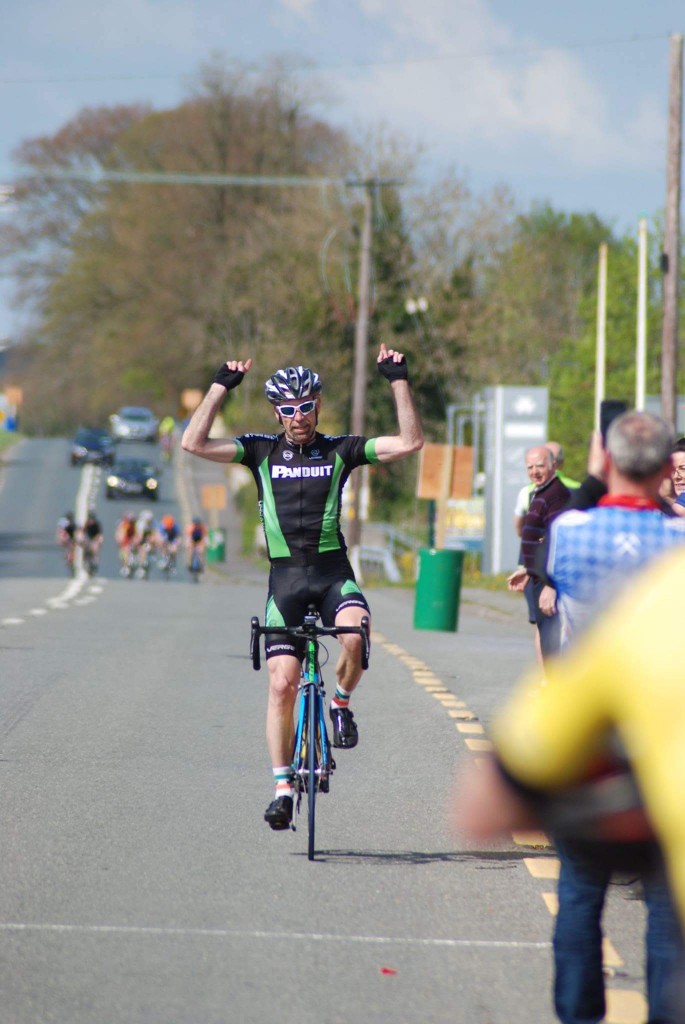 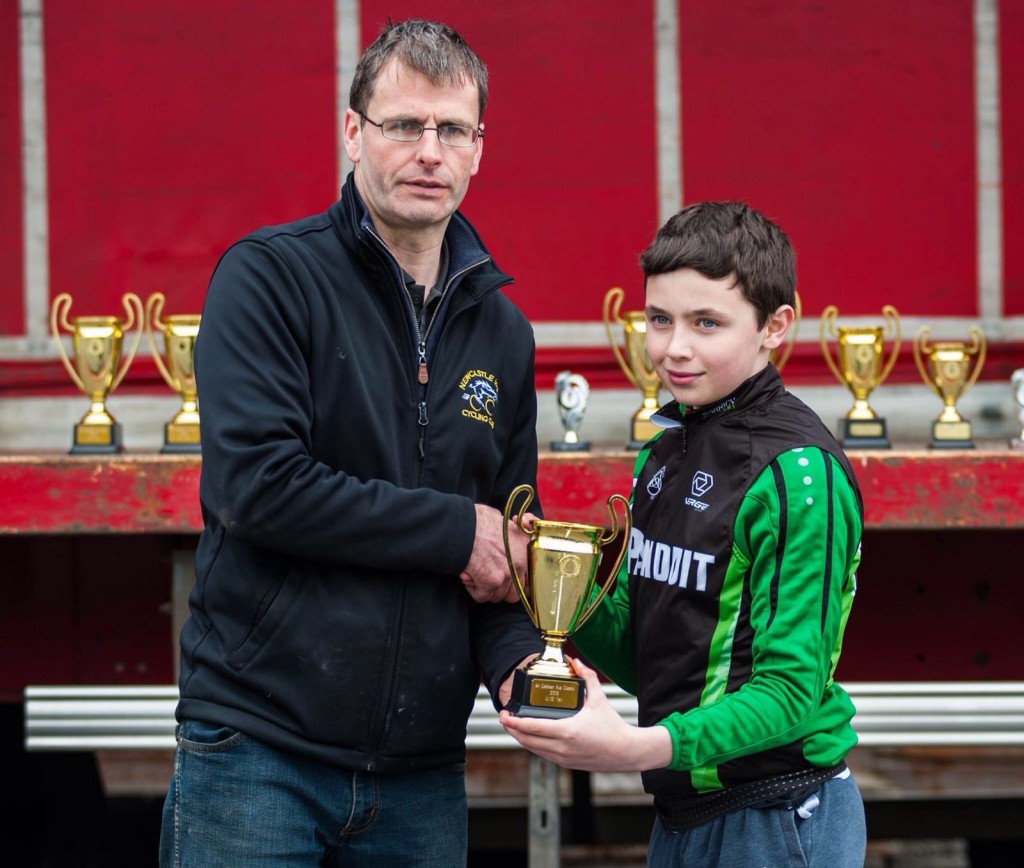