The 6th and final round of the ninth annual O’Ceallachain’s Youth League took place last night with a full compliment of underage riders taking to the start line in Faugheen. The youth riders were eager to make the most of this great opportunity aided by Tipperary Sports Partnership and O’Ceallachain’s bar & bistro and provided us with some great racing on the final night. Going into the final round two riders were on the same points bringing the overall results down to which one would finish higher on the night. It would be Jake Hogan who took home the victory with Jamie Merriman and Christopher Maher rounding out the overall podium. Aoibhe Power retained her first position in the girls competition from last year putting in some great performances over the six weeks rarely being out of the top 10. Mia Smith came home in a close second place behind Aoibhe in the girls competition which was equally impressive given it was her first time racing.

Panduit Carrick Wheelers would like to thank all the marshalls and organisers who make this event possible every week along with our sponsors: O’Ceallachains Bar & Bistro Carrick-on-Suir, Panduit and South Tipperary Sports Partnership. 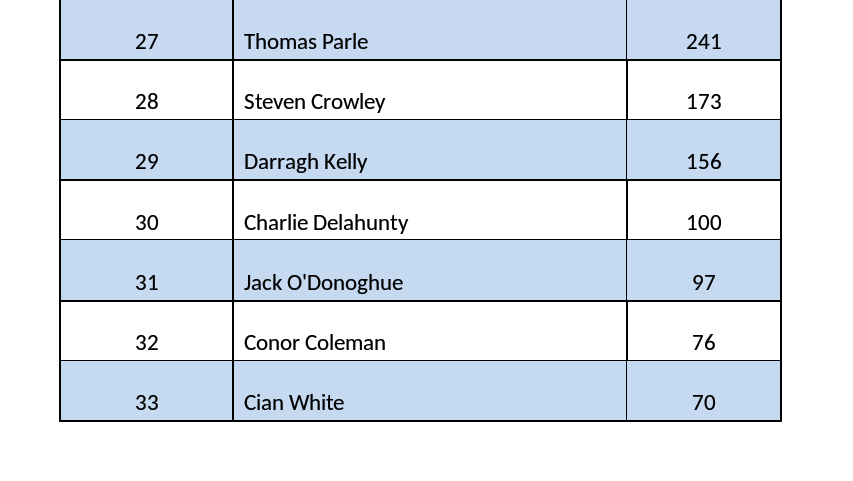