Coleman storms to first win of his career

This Sunday saw our riders divided between two events, The Eddie Tobin Memorial in Wexford and the De Ronde Classic in Cork. It was in Cork that we got our biggest result with Conor Coleman winning the A3/Jnr event by quite a substantial margin.

Coleman travelled to Minane Bridge feeling quietly confident as he felt that the course suited his style of racing and he had come away with second place last year in the same event. Having attacked the peloton a couple of times, he managed to get away on his own on the second lap. Shortly afterwards he was joined by four other riders and all rode well together for a few more laps to extend their lead. On the last lap, noticing that some of the group were struggling, Coleman attacked on the first climb and succeeded in dropping two riders. The break was now down to just three and the finish line was approaching fast. Coleman did not fancy his chances in a sprint finish so he made the decision to try to drop the others. He attacked again on the last climb and before he knew it, he was riding solo to his first race win of his career. When the line did eventually come, he was well clear of the others which afforded him plenty of time to celebrate. Hopefully this will be his first win of many. In the A1/A2 event, Jamie Blanchfield finished in 7th place having made the break. Matthew Sparrow had also made the break but unfortunately punctured out. 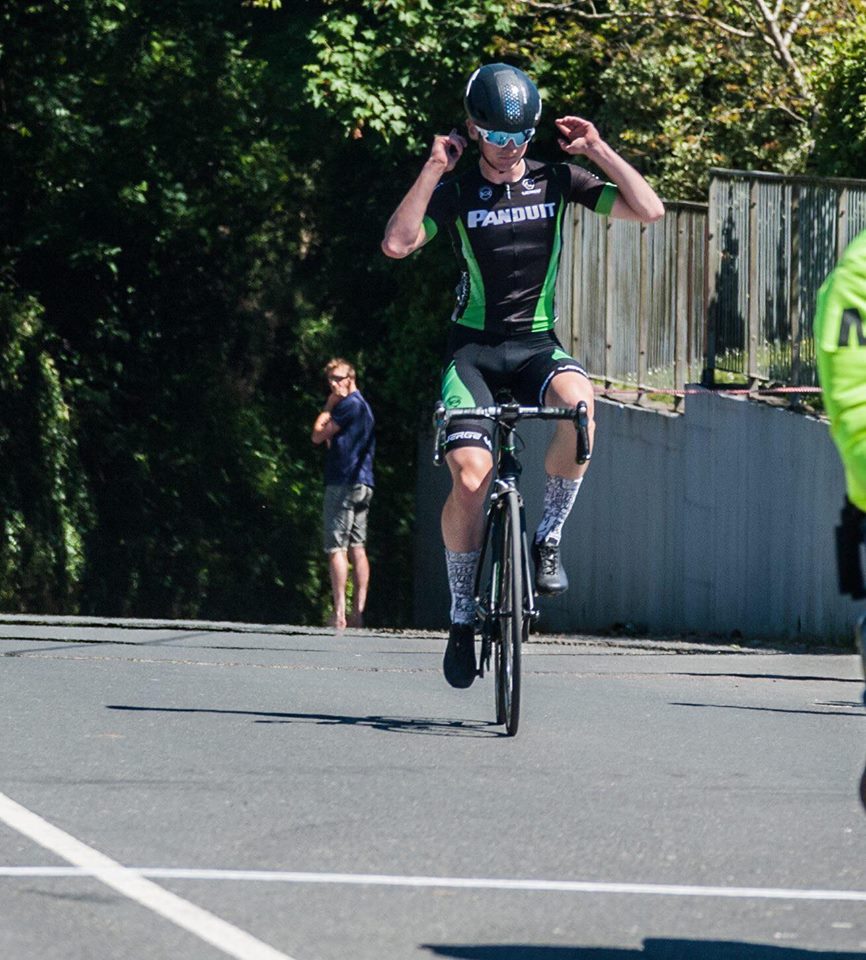 In Wexford, Cathal Purcell also finished in 7th place, having been in and out of various moves throughout the day. One of our A3 riders, Shem Cullen, crashed out of his race and unfortunately it has since been confirmed that he has suffered a fractured collarbone. We wish him well with his recovery and hope to see him back on the bike as soon as possible.

Next week sees our A1, A2 and Junior riders travel to Sligo to compete in the National Road Race Championships. They will be competing against the best of the best with elite riders like Sam Bennett and Ryan Mullen taking to the start line with the A1/A2s . We wish them the best of luck and look forward to a great weekend of cycling.