The annual Panduit Carrick Wheelers Youth league took place in Faugheen, Carrick on Suir over the last six Monday evenings, starting on Monday May 14th. We were blessed with fantastic weather over the course of the league. It was jointly sponsored by South Tipperary Sports Partnership in conjunction with National Bike Week and also O’Ceallachain’s Bar and Bistro, Main St., Carrick-on-Suir. 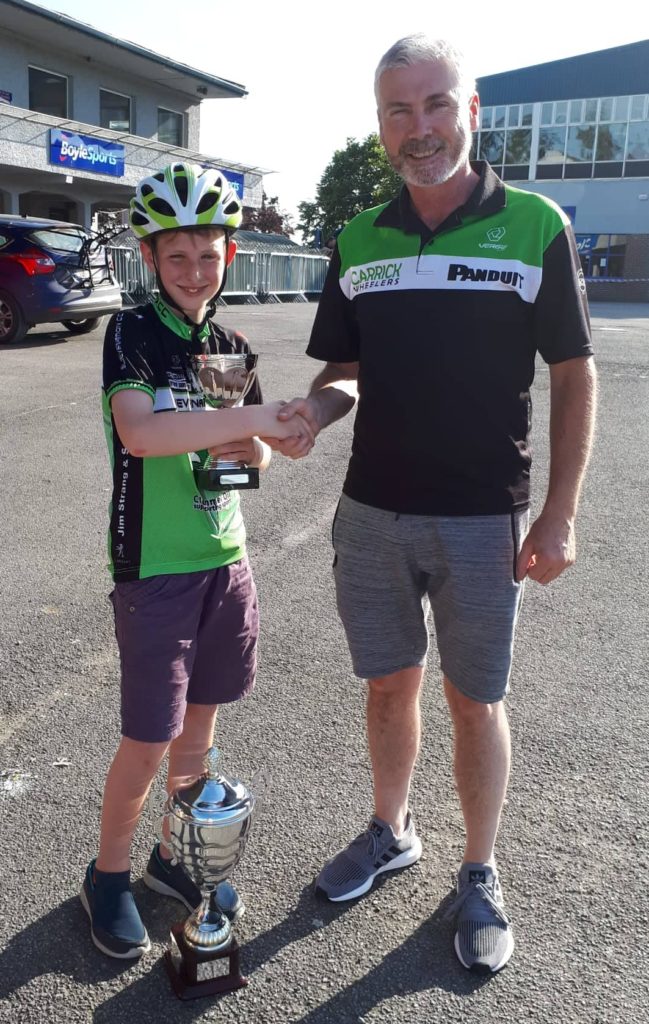 In total, 24 riders took part over the six weeks, coming from as far afield as Castlecomer, Co. Kilkenny and Dungarvan, Co. Waterford. Week One started with a one lap time trial of the 3.4 km circuit. This was used to grade the riders for handicapping purposes for the following weeks. Over the next five weeks, road races were then run on a handicap basis to allow all riders, regardless of age or ability, to compete on an equal footing. A string of consistently strong performances over the course of the league saw Rory Whelan take the overall win. Amy Flavin and Lee Delaney rounded out the top three. In addition to taking the prize for 3rd. Overall, Lee, along with his twin brother Troy, jointly won the ‘Most Improved Rider’ trophy. Sponsor, Neil O’Callaghan from O’Ceallachain’s Bar and Bistro, Carrick-on-Suir was on hand to present the prizes. Everyone who took participated received a trophy.

Panduit Carrick Wheelers would like to thank the sponsors, volunteers, parents and everyone involved in making the league such a huge success. We look forward to seeing you all again in 2019.