As 2018 draws to a close we take a look back on what was a very successful year for Panduit Carrick Wheelers CC. Along with numerous podium finishes, of which there are too many to mention individually, we clocked up quite a few race wins.

The first of these wins came from young Tom Kinsella at the Des Hanlon Memorial where he took victory in the u12 event. Next up was the turn of one of our new club members, Peter Fitzgerald. New to road racing, Peter was competing in the A4 event in the Dungarvan Open Race and having come a close second in Rás an Laois in March, nobody was going to deny him the top step of the podium here. His Dungarvan win saw him upgraded to A3 for the remainder of the season. Joining him in the A3 category soon after, was Tom O’Connell. Tom was competing in the Kanturk 3 Day and rode to victory in Stage 1 of 4. The other stages produced a 3rd place and two 11th place finishes resulting in 8th place overall for him and an upgrade to A3 ahead of the Shay Elliott Memorial. Next up was the big one, An Rás Tailteann and the honours fell to our club Chairman, Ray Cullen. Riding his first ever Rás and entered in the A2 category, Ray came away with the prize for Top A2 rider, winning it by 17 minutes. On that same weekend, Martin O’Loughlin won Stage 1 of the Clonmel CC 2 Stage event. Finishing 4th on Stage 2 gave him an overall 2nd place on the podium. Turning our attention now to time-trialing, the Tipperary County Championships took place in Littleton, Thurles. Two of our riders competed in this, Cathal Purcell and Ray Cullen. Cathal proved to be the fastest on the day and was crowned Tipperary TT Champion and Ray won the A2 category. The next club victory came in Ariany, Majorca and was taken again by Martin O’Loughlin. Martin was overseas coaching the Irish Junior Track team when he decided to enter the 45km event. He went on to win it easily, beating a Spanish rider by nearly 100m. Minane Bridge, Cork was the setting for the next club win in the deRonde Classic. It was the turn of our Junior rider, Conor Coleman to raise his arms in celebration this time. There were two other riders away with him as the line approached and not fancying his chances in a sprint, he decided to attack early and managed to hold on to take the first win of his career. Back to Cathal Purcell again and this time in the Bogman 2 Day in Connemara. In what was a difficult race marred by crosswinds, Cathal attacked the break on a small incline to take the win on Stage 1. However, Stages 2 and 3 did not go his way but he held on to 2nd place overall. On that same weekend, Matthew Sparrow took his first A1 win at the North Tipp Wheelers event. Matthew saw his opportunity to attack from the break and held on to take the win by a substantial margin. Nearing the end of the season at the Munster Championships, John Hodge became the M40 Munster Champion and Sean McIlroy, the M60 Munster Champion. To round that day out, our A1 Team of Jamie Blanchfield, Matthew Sparrow, Daryl Kearns and Cathal Purcell were crowned Munster Team Champions 2018. To finish up the 2018 season came the Masters National Championships in Shannon, Co. Clare. John Hodge, having won the title in 2017, lined out in the M40 race. At the line, he had just enough of a gap to raise his arms in the air to retain his National Champion’s jersey for another year. It was a fantastic end to his season and well deserved. Also deserving of a mention is Sean McIlroy who won the Bronze medal in the M60 National TT Championships and our youth riders, Patrick O’Loughlin (u14) who won the Silver medal in the National Youth Criterium Championships and the Bronze medal in the National Youth Road Championships and also Hugh Óg Mulhearne (u11) who won the Bronze medal in the National Youth Road Championships having only started competing shortly beforehand.

Together with all of these wins, we also had some other fantastic results with Jamie Blanchfield, at one stage, in joint first place in the National Road Series classification along with numerous podium finishes. He also represented Ireland at the Kreiz Breizh Elites race in Bretagne, France and at the University Games in Portugal. Marc Flavin performed brilliantly all year in Duathlons and went on to represent Ireland at the World Duathlon Championships in Odense, Denmark. His results included 3rd Overall 2018 BMW National Duathlon Series with Gold in M35/39, Bronze in National Championships M35/39 and 6th M35/39 World Duathlon Championships.

All in all, it was a very successful year. Our thanks to the riders, who put in serious work to get these results and also to the support crew, without whom, it would be impossible for them to compete at this level. To all of the photographers who turn up week after week to capture the memories and give them, free of charge to the riders, thank you. To the families of the riders, thank you all for affording the lads the time to do what they do. Finally, a massive thank you to our sponsors. Cycling is an expensive sport and without the financial aid that we receive from Panduit and Verge Sport, there would be nothing to report on.

We, at Panduit Carrick Wheelers CC would like to take this opportunity to wish you all a very Merry Christmas and a happy and healthy 2019. 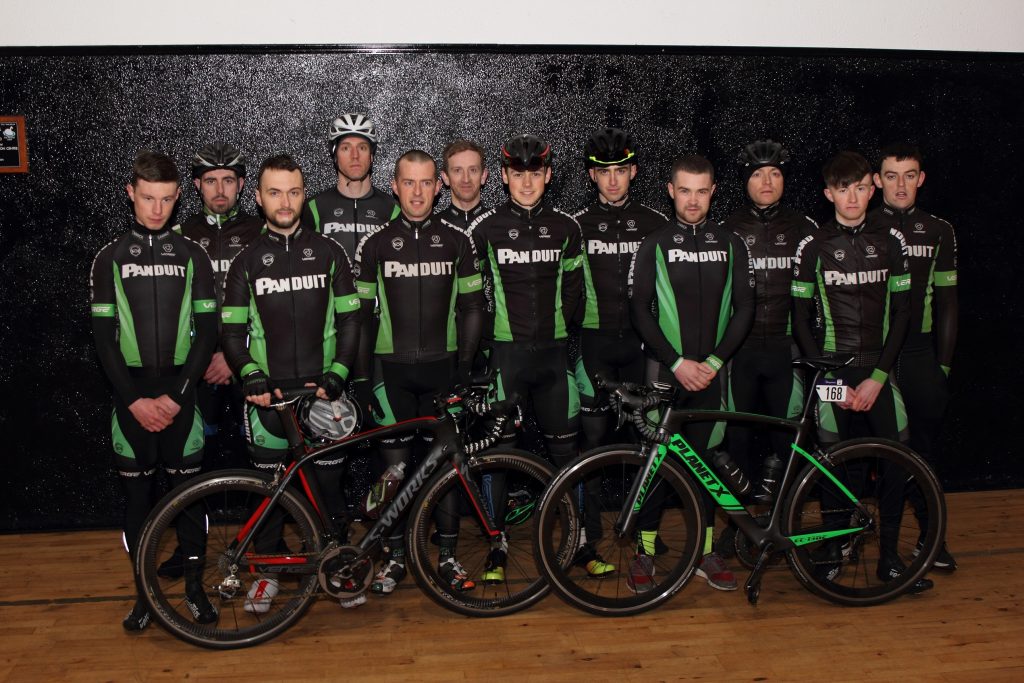