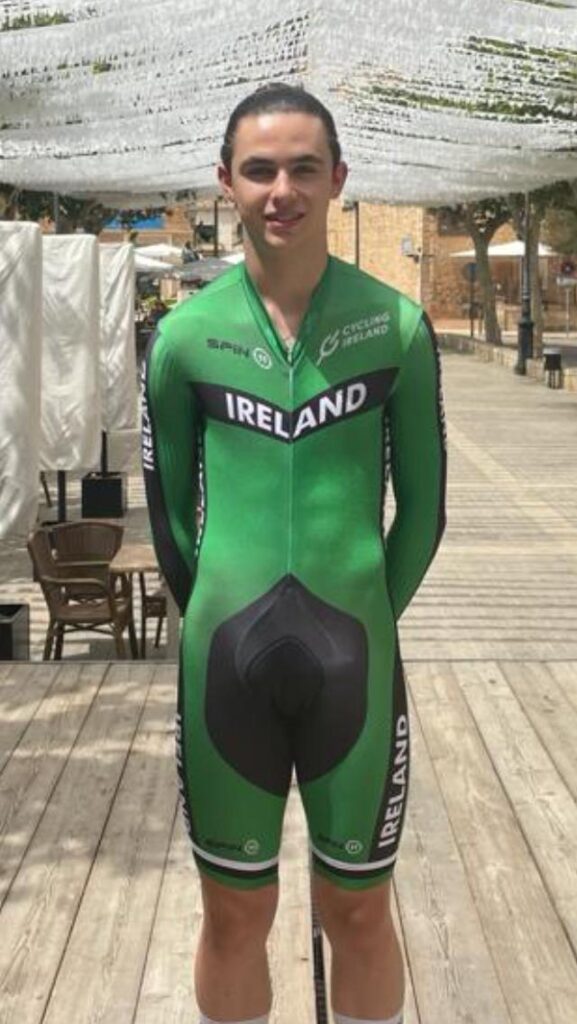 Cycling Ireland has announced its line-up for the European Track Cycling Championships in Apeldoorn, The Netherlands, and it includes 17 year old Patrick O’Loughlin of Panduit Carrick Wheelers.

Patrick has been a competitive road cyclist with Panduit Carrick Wheelers since the age of 10 and took up track cycling last year. He gained selection for Ireland by finishing top 4 in every race in the National Track Championships bronze medals in the individual pursuit and kilometre races, with fourth places in the sprint and scratch races. This meant that he had to race ten times on the day which really impressed the national selectors.

While awaiting his Leaving Certificate results, Patrick will line up in the Team Pursuit with Odhran Doogan from Donegal, Mayo’s Niall McLoughlin and Stefan Caulfield Dreier from Killarney. Patrick will also compete in  the elimination race and points race.

The team have been training hard in Mallorca before traveling to The Netherlands. Carrickbeg is well represented at the camp in Alaró with the Cycling Ireland High Performance Facility Manager Chloe O’Sulivan and Patrick’s father Martin being Team Manager for the event.