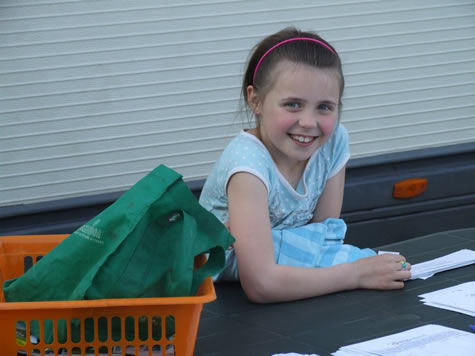 Once again, the sun shone in Faugheen for the first road race in the league comprising of three laps of the ‘Faugheen 50’ motorcycle circuit.

Tomás Lacey of Deerpark took full advantage of a generous handicap to build up a commanding lead and hold his advantage all the way to the finish.

Tomás is a son of former Irish international heavyweight boxer James Lacey. Clearly, the sporting prowess has been passed down to the next generation.

Behind him, Seán Donovan, Michael O’ Loughlin and Seán Hahessy were passing the early starters and Eamonn Maher and Seamus Babington had gone out so hard that they dropped John Skehan. Caoimhe Kelly was making great progress. Richard Dunphy was looking comfortable and Scott Bennett and Niall Dempsey were having their own personal battle, with Dungarvan cyclists Niamh O’ Mahony and Conor Lavelle hot on their heels.

At the finish, Tomás Lacey took the 40 points as the night’s winner. Michael O’ Loughlin put in a terrific sprint to take second place ahead of Seán Donovan. Eamonn Maher thundered across the line with Seamus Babington and Seán Hahessy in his wake. Rounding off the top ten, we had Caoimhe Kelly in 7th, followed by John Skehan, Richard Dunphy and Scott Bennett.

As points are allocated to all starters, any of the 19 riders who signed on tonight can still win the overall title. Handicapper Bobby Power has the knack of ensuring that the league is never decided until the final race. The action resumes in Faugheen next Monday night with a 7.15 pm start.