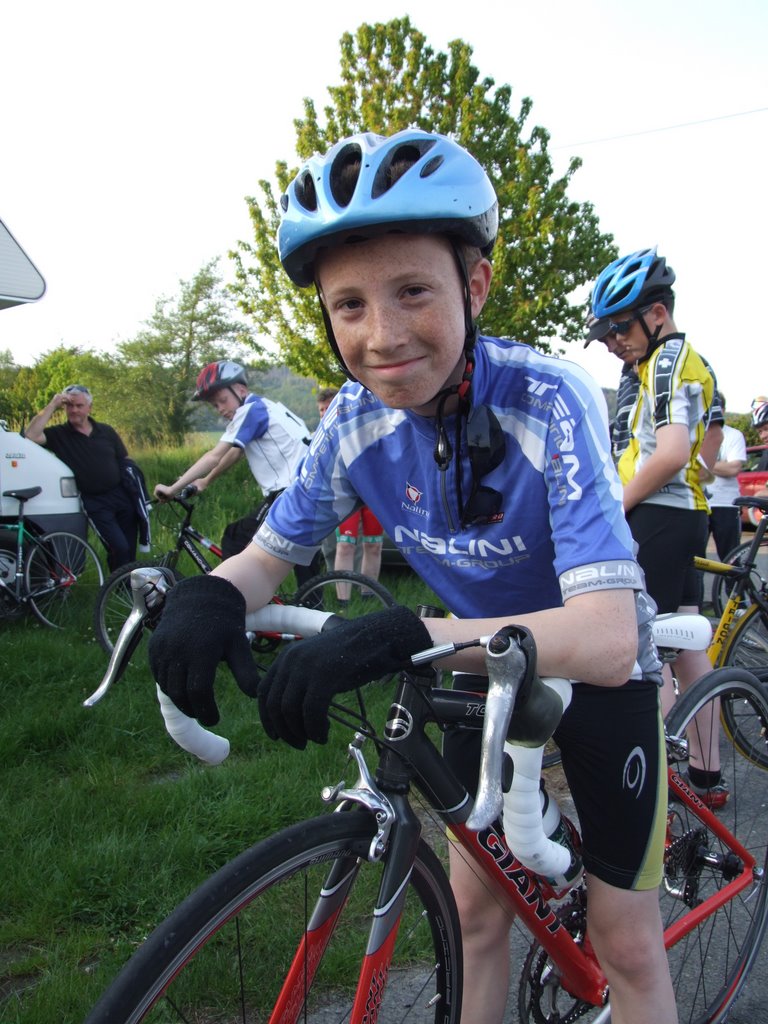 The penultimate round of our league saw some very exciting racing with a different winner on the night once again. And things couldn’t be tighter with four riders separated by only 3 points at the top of the overall standings!

Scott Bennett showed that there’s more than one talented cyclist in the family when he took the win by outsprinting newcomer Seán O’ Reilly from Clonmel. The ever-improving David Healy produced a fine performance to hold off a fast-finishing group led in by John Skehan, with Kellie O’ Donnell, Michael O’ Loughlin and Seán Hahessy all finishing within eight seconds of each other.

Overall, Tomás Lacey has moved into the lead on 130 points, followed by Michael O’ Loughlin on 128 and Richard Dunphy and Scott Bennett both on 127. Niall Dempsey is in 5th place with 123, followed by Kellie O’ Donnell on 122, Seán Hahessy on 119 and both Caoimhe Kelly and David Healy on 118. John Skehan has 117 points.

With 40 points available to next week’s winner, any of the above can still win. So come out to Faugheen next Monday (23rd June) at 7.15pm and cheer on the stars of tomorrow as they battle it out for the final time. The prizes, sponsored generously by Ó Ceallacháin’s, will be presented immediately afterwards.